Some data and what they tell usRiftS and IPD

A few days ago i created a simple poll asking people for their IPD and if they had problems using the headset, let’s take a look at the results.

While it can be assumed that the survey would be biased towards negative outcome, as people who have issues are more likely to respond. What I didn’t assume is that there would be people submitting the form many times with negative answer to prove that Rift S is not comfort-able.

… Or should I believe that within 5 minutes, 30 people with high IPD found this survey and all were uncomfortable with the headset? Most definitively not.

So the only thing this survey definitively proves that there are people biased against Rift S.

After deleting the answers from above, here is the graph on how it turned out. 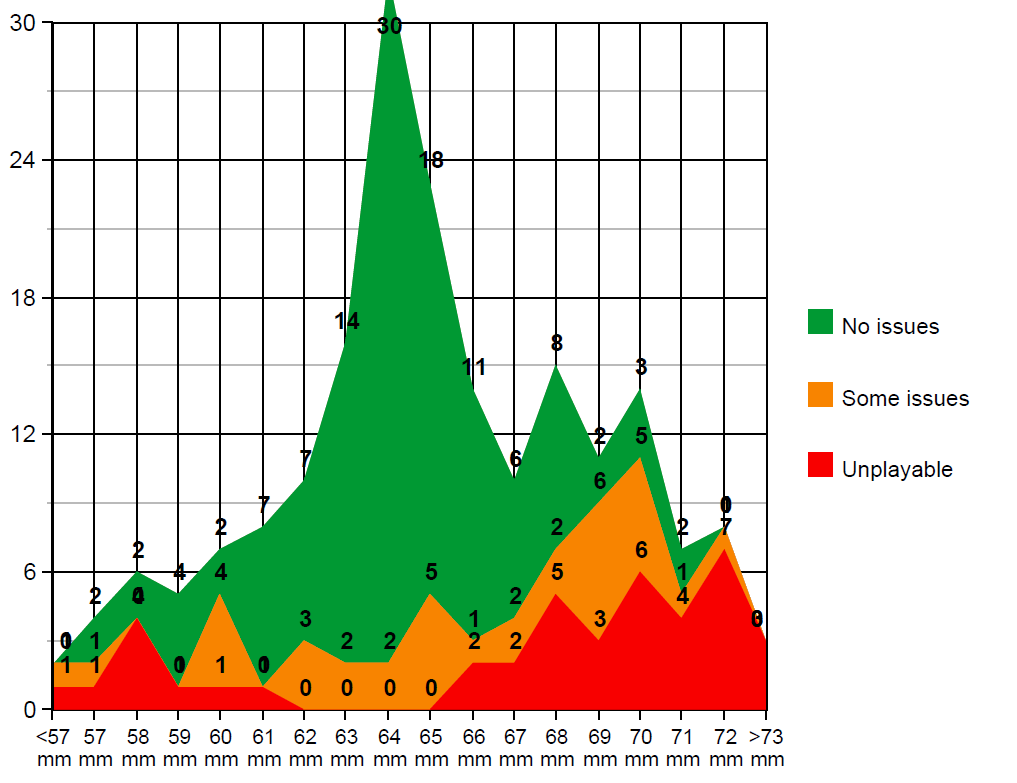 I’ll leave you to make your own conclusion, I would just say that i would still expect that people with negative experiences are more likely to respond. Still, if your IPD is below 60mm or above 69mm, it’s more than likely you’ll have issues with Rift S and should probably buy one only after extensive testing. If you’re between 62mm and 66mm, you should be good to go.

As a final note, let’s just say that eye-strain is caused by multiple factors and things like headset refresh-rate, the asymmetry of your eyes, panel type, low-persistence and couple of other factors also play a role. Rift S dropped refresh rate from 90Hz to 80Hz, which alone may be causing problems for some people.

P.S.: Notice that a lot more people report even IPD than odd.
Back to Top
Close Zoom